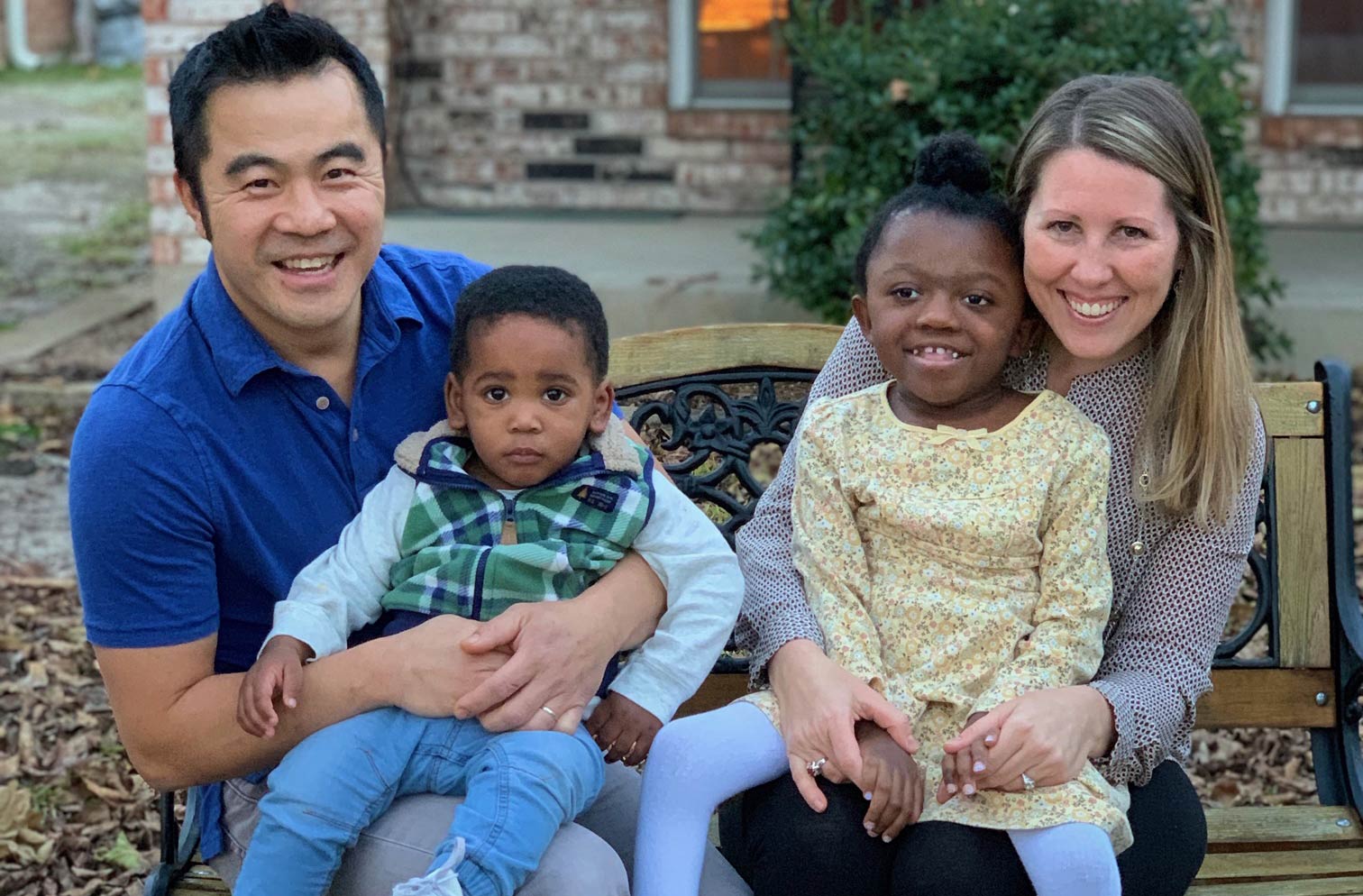 Raised in the home of Bible translators, Jessie spent her formative years in Papua New Guinea and came to know the LORD at the age of 3. As a young child, Jessie resolved to become a nurse and a missionary, and she has since had the privilege of fulfilling both those desires. Prior to marrying John, Jessie worked as a Registered Nurse both here in the States and in East Asia. During her time overseas, Jessie developed a passion for reaching lost people for Christ and knew she would one day return to minister there.

John is the last of 8 children. Born to Chinese immigrants, he grew up in Denton, TX. At the age of 21, John started his first business (selling fish and aquariums, and building custom tanks). Shortly before meeting Jessie, he sold his business and subsequently began a general contracting business. For years he dreamed of becoming a missionary, but he first wanted to make a good living in order to support his future ministry. In the fall of 2009, however, he heard the Lord telling him it was time to go to the field so that he could serve God in his youth.

Just over a year after receiving the call, John and Jessie moved to East Asia for 18 months to serve college students and young professionals with the ministry of Cru. Following their time overseas, they joined full-time staff with Cru and now work in the city ministry. John uses a form of urban farming, known as "aquaponics," to help organizations, churches, and individuals engage with their communities, by providing nutritious food and sharing the Gospel. He works in the Dallas-Fort Worth metroplex and also resources organizations that serve in countries all over the world. Jessie spends her time serving the families of sick children at the local children's hospital, primarily through a project that she founded- Little Gifts of Hope. John and Jessie have two young children, Hope and John Davison.